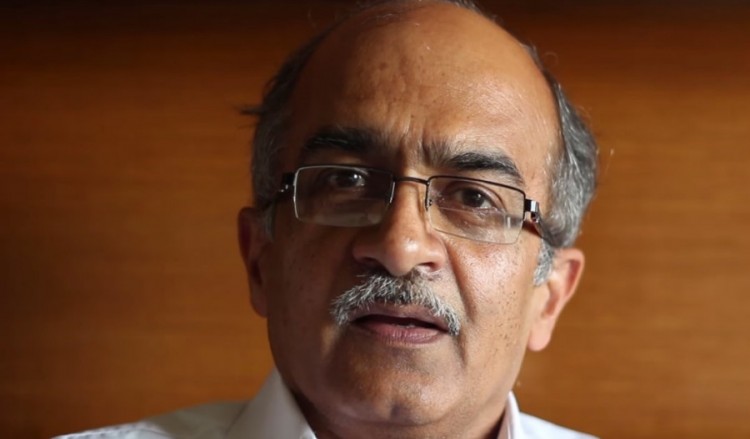 ‘India in protest’ is simultaneously held guilty of contempt of court by our own Hon’ble Supreme Court as our compatriot in rights movement, Advocate Prasant Bhusan, faces sentencing for ‘contemptuous’ tweets that are interpreted to be “malicious, scurrilous and calculated attack’ for the highest judiciary and its Justices. We, APDR, strongly disagree with that view. In fact, we, as the oldest existing Rights body in this country, do not accept British colonial heritage of criminalising views, however, disagreeable.

APDR stands in complete solidarity with Prashant Bhusan’s bona fide expression regarding deteriorating concern for democracy and integrity in the functionality of our highest judicial institution, the Supreme Court. And, He is not the only person to have expressed such views, the number is swelling every day. The suo moto case against Mr. Bhusan just epitomizes this alarming situation today: Contempt assault on Prashant Bhushan is a part of the on-going assault on the growing Rights  Movement and that too in line with the governments’ attempt to make courts at all level to agree to slapping sedition; ‘urban Naxalism’ and terrorism tag on people protesting and dissenting democratically. Now, the activist lawyers at all levels are targeted in order to deprive the people of their pro bono legal services. Matters involving peoples right and livelihood could not be fought at the apex court level if lawyers like Prashant Bhushan was not there.

Already, Sudha Bharadwaj, Surendra Gadling , Arun Ferreira and others along with a section of academics, journalists, doctors, bloggers, RTI and environment activists, social and religious reformers, who  stood for Human rights, for constitution, for democracy, for minority rights and against state corruption, repression, corporate loot, irreversible environmental damage and intolerant political Hindutva, face a vengeful state that naturally increases humanitarian expectations from the Apex Court.

It is very unfortunate for this country and her people to see an increasing section of the judiciary succumbing to government pressure and allurements and that too in the highest judiciary.  Very ominous sign indeed!

Mr. Bhusan’s ‘Tweets’ attract contempt; but, contemptuous attitude on the part of the central government, the law and order agencies and the tycoons of finance capital attracts no punishment. Rather the Courts seems appeasing to them. Charges of corruptions against judges of the courts including the SC have arisen (provision of ‘Impeachment’ admits the real possibility) have not been seriously dealt with by this Court allowing public doubts to spread wings.

In recent times, citizens had to accept certain SC rulings, show acquiescence to them with doubts, anguish and anger wherein we, the citizens, see courts surrendering to ruling political pressure and gradually losing their desired ‘Authority’, expected integrity (to laws and procedures) and ethical standard; we tweet, we criticise. This is our right and duty to our Republic and to our Constitution.  Discretionary powers of the courts are very precious, but the manner in which Prasant Bhunsan is held guilty of contempt is unacceptable and casts doubts about the Court’s application of mind.

APDR could fight successfully at the Supreme Court some such matters, including Singur and Nundigram land acquisition with kind support of Prasant Bhusan and his team.

We, Apdr, stand by Prasant Bhusan, a lawyer for the people and demand dropping of contempt charges against Mr. Bhusan, along with a thorough judicial review of the said case and contempt order.

Let hidden facts (why the AG, the first officer, was not consulted  or other apparent procedural lapses) come out.