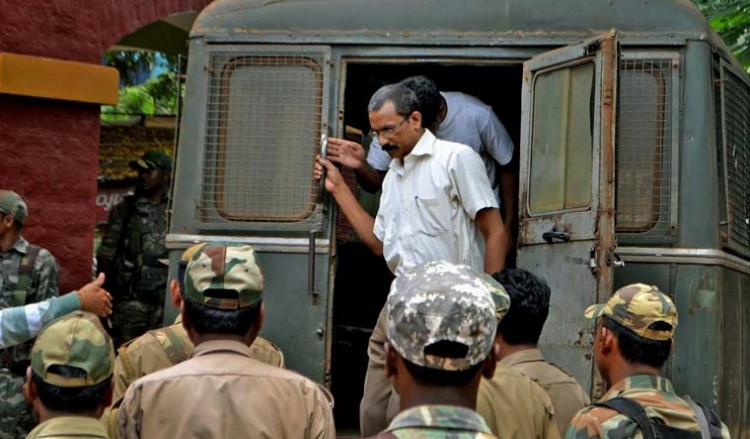 ARBITRARY AND QUESTIONABLE ACTION OF THE NIA

The Secretary to the Chief Justice

Sub: ARBITRARY AND QUESTIONABLE ACTION OF THE NIA

We are extremely perturbed at the news of the NIA abducting Chatradhar Mahato, a political activist, in the wee hours of March 28, 2021. Sleeping Chatradhar was reportedly picked up in an under-dressed condition forcefully opening the door of their house in Lalgrah, PaschimMedinipur. Mobile phones of his family members were seized and they were reportedly manhandled by the arms wieldingNIA personnel. Chatradhar’s old and ailing mother too was not spared. No papers or court orders were displayed. The way the NIA conducted itself is shameful and unbecoming of a government agency.

Later in the day Chatradhar was produced before the City Court in Kolkata and was remanded in the custody of the NIA in a re-registered decade-old case. All these have happened even after the solemn order of the Hon’ble Calcutta High Court dated March 25, 2021 in CRA 255 of 2020 onlydirectingChatradhar to appear at the NIA Branch Office in Saltlake thrice a week for interrogation commencing on and from March 26, 2021. Chatradhar indeed appeared at the NIA office on 26th complying diligently the order of the Hon’ble Court. Again, his Writ Petition (WPA 6214 of 2020) challenging the very re-registration of old casesby NIA is still pending.

Even after this, his abduction and arrest by the NIA not only infringes his rights and tarnishes the grace of the Hon’bleCourt, but also inserts a chilling feeling into the minds of the millions by undermining the rule of law. This incident essentially manifests vulnerability of every citizen not subjugated to the hegemony of the rulers. We request immediate release of ChatradharMahato and judicial probe into the entire incident.

In this connection we also would like to express our anguish at the SuoMotu re-registrationof cases by NIA concerning two incidents of 2009-2010 pertaining to the jurisdiction of Jhargram Court, West Bengal. The two incidents of 12/11 years back have already been investigated by the state police, charge sheets too have reportedly been submitted and the cases are on the verge of trial. The move of the NIA ignoring these facts surprises every concerned citizen and re-establishes the apprehension over the onset of a hegemonic, autocratic police state.Such re-registrationofcases retrospectively when original cases have already been probed is a draconian move with ulterior motives and is hitherto unheard of in any justice system.

The very action and motive of the NIA and its master, the Ministry of Home Affairs (MHA), Government of India, is of grave alarm as it violates the sovereign right of the state governments and stains further the federal fabric of our Constitution. The action of the NIA is also indicative of further violation of the rights of the people who may have already been released or acquitted or have been facing the rigour of court proceedings for several years. If such moves by the NIA are allowed, anybody can be implicated/re-implicated arbitrarily in even disposed-of cases at the whims and designs and political vendetta of the Union government.

This in turn would further erode the concept of natural justiceunder the pretext of protecting national security. History testifies that it is the faith and trust between citizens and the government that best ensures security of all and not the spectre of a rogue state.

We request the Hon’ble Court to exercise its Constitutional power to stop such illegal, illogical and unscrupulous actions of government agencies and protect the rights of the citizens.