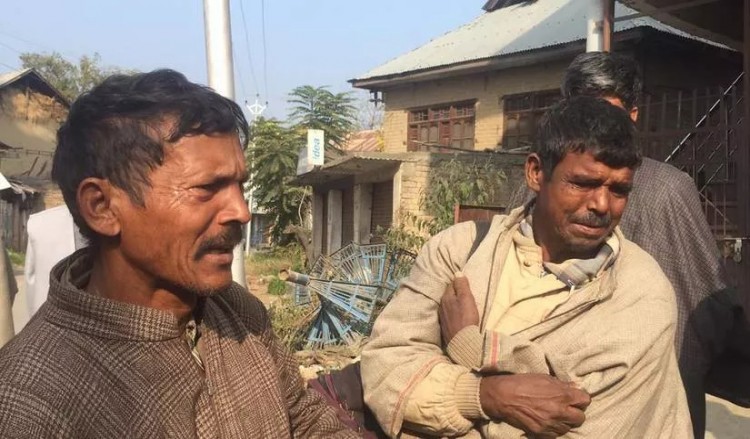 killings of migrant labourers in Kashmir

The APDR expresses its deep concern over the recent trail of killings of migrant labourers and so-called "outsiders" in Kashmir.

The latest in this bloody trail has been the murder of six workers from West Bengal's Murshidabad district on 29 October 2019.

The day before a truck driver from Udhampur district was shot dead in Anantnag. Earlier, two non-Kashmiri truck drivers were killed in Shopian district on 24 October. On 16 October, a Punjab-based apple trader was killed and another person injured in an incident in Shopian. The same day, a brick kiln worker from Chhattisgarh was shot dead in Pulwama. Another truck driver was killed and an apple grower assaulted on 14 October in the same district.

We condemn this senseless violence on innocent working people in unequivocal terms. This spate of killing of so-called "outsiders" though appears as a new phenomenon, yet seems to be encouraged by the changes brought in the constitutional status of Kashmir unilaterally and inviting an EU team of parliamentarians to visit Kashmir disrespecting the dignity of Indian people on the one hand and hard hitting the sentiments of the people of 'Imprisoned Kashmir' on the other.

A large number of people have questioned and condemned the manner in which the central government has handled Kashmir situation in haste and fury, This must be stopped immediately without any pretext.

We once again reiterate that the Kashmir problem must be solved politically respecting the aspirations of its people and in line with India's commitments to human rights norms without any pretext whatsoever.