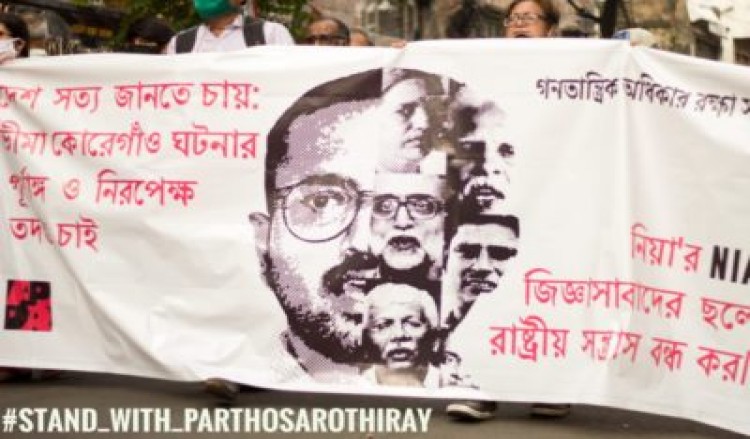 Sir, We, the oldest functioning civil liberties organisation in the country (established in 1972), would like to convey our strong indignation through you to the central government of which you are the highest representative in West Bengal, at the harassment of well-known scientist and rights activist Partho Sarathi Ray iin the hands of the National Investigating Agency (NIA). We strongly condemn NIA’s Notice (No. 57/ Crime/ RC 01- 2020/ NIA/ 2020) u/s Section 91 of CrPC to Partho Sarathi Ray in connection with the Bhima Koregaon case requiring his attendance in Mumbai on 10 September 2020 at 11 hrs as a ‘witness’ before its inspector. The NIA is being used repeatedly for political purposes to suppress all criticisms of the central government’s utterly faulty and pro-corporate policies and actions. The agency is being used to trample the constitutional rights of the Indian people to dissent on the one hand and the rights of the states like West Bengal on the other, by the aggressive central power.

The harassment of Partho Sarathi Ray and all others falsely implicated in the Bhima Koregaon case must stop and all those who have been arrested in this connection must be released immediately.

We expect you to be our voice before the central government following the best of tradition of the former conscientious Governors who have not hesitated to stand with the people of this state in instances of grave injustice like the Nandigram and Singur incidents.

We rely on your discretionary  power (to talk with the MHA) as Hon’ble Governor of our state to get an encouraging response to our  demand for fundamental rights and to get rid of NIA witch hunting in Bhima Koregaon case.

On behalf of APDR