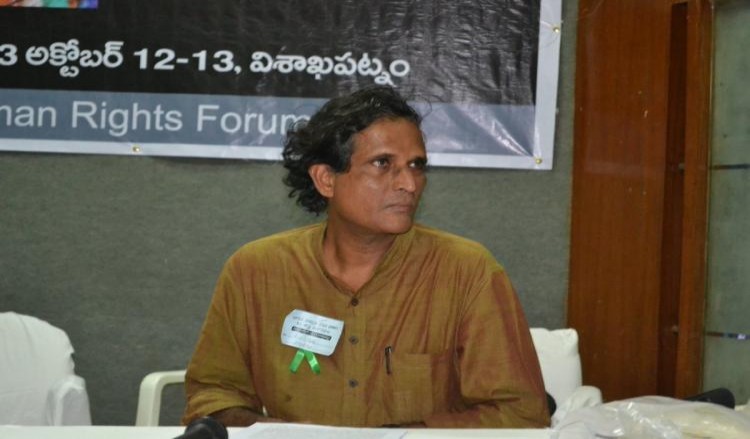 NIA GAGGING THE VOICE OF THE VOICELESS

NIA GAGGING THE VOICE OF THE VOICELESS

On the late Wednesday night (31.3.21) NIA conducted raids in 31 locations in different districts of Andhra Pradesh and Telengana in a bid to search, seize and arrest activists of human rights, women and Dalit rights  that include APCLC general secretary  C. Chandrasekhar, HRF co-ordinator VS. Krishna, vice-president of CLC V. Raghunath and many other noted citizens. They are framed under notorious Sedition Law, UAPA, APPSA and Arms Act through the FIR no. RC-1/2021/NIA/HYD dated 07.03.2021 containing 64 names. The 64 dare to speak against the anti-people principles and actions of the puppets of the deep Indian State (the Corporates). Therefore, they are dubbed supporters of Maoist ‘frontal organizations’ which are not named identifiably in law thereby always kept open to include anyone as NIA pleases. This is agreeably bad in law and breeds ineptitude and tyranny and corrupt practices in the functioning of country’s intelligence agencies.

This ineptitude sets an example of doing blatant injustice, huge harassment of many persons concerned and enormous waste of public resources and precious time of the courts.

MHA and NIA must not forget that the Agency’s very existence within the framework of the Indian Constitution is still under the scanner of the highest Court of the country.  The logic of reading every protest and critical voice in the light of so-called “Terrorism” in AP and Telengana and other states is also questionable in practice this makes ‘investigation’ unfair, lopsided, botched up or misdirected.

This erodes the Constitution itself along with the country’s criminal justice system.

APDR maintains that ‘Law and Order’ is and ought to remain exclusively in the State List. Super agencies like the NIA are fundamentally against the federal fabric of the constitution and do not support true democracy in any way.

How this agency is being used by the Union Home Ministry is apparent from the threatening words of a BJP Minister of Assam Himant Biswa Sarma. During the vote campaign, he threatened his rivals in the state to put them behind bars by using the NIA.

APDR notes with concern that the vindictive manner of using NIA by the MHA actually stopped the revelation of ground-level truth and atrocious facts that exposes the wrongdoers and wrong decisions of the state and governments. It infringes on the very important right of the people to know facts regarding governance. The activists who are now being harassed and imprisoned on false grounds did these works strenuously.  Therefore, they are targeted and framed. However, the voice (vox populi) of the ill-treated in society shall never die.

We, APDR, demand strict rules for the NIA operations and a stop to arbitrary searches, arrests, factual concoction and forgery on seized materials in the name of investigation and respect for human rights at the least.

Let the Supreme Court take up the case of examining the constitutional validity of NIA forthwith.